What Divorcing Parents can Learn from #PorteOuverte 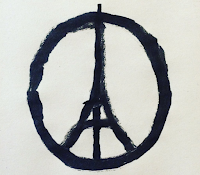 On Friday, November 13, 2015 terrorists attacked three locations in Paris, France, killing 129 people, in the most deadly attack on French soil since World War II.  I recently tried to explain to my 6 year old daughter what lessons we can learn from these attacks and from how the world reacted.  Through tears of my own, I explained to her that there are bad people in this world and there are good people.

But more importantly, I explained how good people reacted.  Despite the natural inclination to protect oneself above all else, many Parisians opened their doors to strangers in the immediate wake of the attacks.  The trending message was called #PorteOuverte, french for Open Door. To open your doors when your city is under attack is an act of faith, not of religious faith, but of faith in human dignity; that despite these attacks the majority of people seeking refuge from the terror would be good people.

The #PorteOuverte movement is in stark contrast to the isolationist reaction of 53% of Americans and 31 U.S. Governors in the wake of these attacks.  It's not that I don't understand their reaction. I do.  I want to protect my daughter and my family from terrorists too.  But protecting her life is not the only thing I need to protect.  My job as a parent is to protect her dignity as well, and to make her a good person.  Good people don't shut their doors to those seeking refuge from terror, because they themselves are afraid.  Good people open their doors. 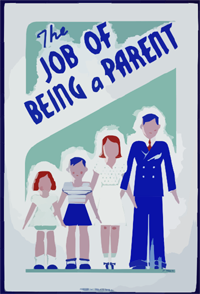 This is very similar to a lesson that I try to instill in my divorcing clients.  All divorcing spouses experience some form of grief over their divorce, and they all experience it differently.  Parents who divorce also experience a loss regarding their children.  Their children are losing an intact family, and each parent will lose some time with the children.  Separate households as a practical matter means less time with each parent individually.  People naturally grieve this loss and when they act on their fears or angers, without thinking first, their children are harmed.

This is highlighted in a typical example used in the Massachusetts Parent Education Course, which is required for divorcing parents.  The example asks how you should react if your child says to you "Mommy/Daddy said that you didn't pay your child support."  The natural reaction is to be angry that the other parent said this to the child, and to want to defend yourself, especially if this accusation is false or misleading.  Our desire to minimize the loss of our relationship with the child is to say "No, that's not true.  Your Mommy/Daddy is wrong."

But that natural reaction is actually damaging to the child, even if the answer is true, because now the child is in the middle of the argument.  In addition, if I react that way I have now demeaned the other parent in my effort to defend myself.  By defending myself I've hurt the child's own self-esteem because they identify with both parents.  To know the right thing to say I have to stop and think for a moment about what I am trying to accomplish.

We all understand that a divorce is hard and it's natural to want to defend oneself, but we ask our clients to do better to protect their children.  To raise a child who understands and believes in basic human dignity, you have to demonstrate to them that every person deserves to be treated with a minimum amount of respect.  You have to help children understand that sometimes their first reaction, the emotional reaction to grief and fear and anger, should not control their actions.  The action we take in response to an attack or a loss should be informed by our values and our goals, not our fears.

I am hopeful that the initial reaction of some to the Paris attacks, the reaction of fear and anger, will eventually be replaced with a resolve to be better than the terrorists, to help those in need, and to control our fears so that they do not control our actions.