Alimony and the Dis-Incentive to Earn More Income 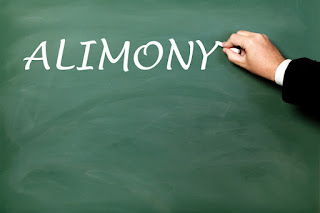 While the definition and formula for alimony varies widely by jurisdiction, the payor and recipient's respective incomes are the key information in determining need and ability pay.  So it's no surprise that a key question in alimony disputes is whether the potential payor or potential recipient can earn more income than they currently are earning (or reporting).  In addition, sometimes spouses are concerned that the typical formulas used to calculate alimony will disincentive the payor or recipient from earning additional income because the additional income would then change the alimony amount.

This was the subject of a recent question on the Massachusetts Bar Association's My Bar Access online forum.  The question focused on how to address this incentive in a case where the recipient (wife) was self-employed and the payor (husband) believed that the recipient was underemployed and could earn more.  The mediator was asking for ideas on how to build incentives into the agreement for the alimony recipient to work/earn more.

Here was my response:

It's an interesting dilemma.  Technically if you use a formula for recalculation on a regular basis that takes the difference in their income, then there is always an incentive to earn more individually but the incentive is reduced for both payor and recipient to earn more the greater the percentage of alimony.  So there are a couple formulaic ways to increase incentives:

Option 1. Carve out a specific increase in income that would result in no change in alimony.  This doesn't help the payor but could push the recipient to increase their independence and could eventually lead to a greater increase that would then kick in a reduction.  The payor could have a similar carve-out as a way of balancing the equities.

Option 2.  Have step-downs in the percentage of alimony for greater income by recipient.  So instead of the typical formula (in Massachusetts) A% x (P - R) where A is the alimony percentage, P is the payor's income and R is the recipient's income, you could do something more like (A% x P) - (B% - R), where B is a lower percentage than A.  This increases the incentive for Recipient to increase income by having their increase impact the total alimony less, while still providing some reduction to the Payor.  B could also change, like a regressive tax bracket, to encourage additional increases an income, though there would have to be some limit or Payor and Recipient could have the same income and there would still be a resulting payment under this formula.

These are just a few ideas, all based on the implication that financial incentives will be effective.  It may also be worth discussing with the clients what their motivations for work are, and how strongly they consider financial incentives.  In other words, many people don't act based on financial incentives alone and often we get focused on formulas and the incentives they create while ignoring other more impactful factors (e.g. fulfillment from employment, enjoyment of work v. other activities, satisfaction with a certain level of income, etc.).

Also, people often misunderstand financial formulas to the point that the incentives are misunderstood.  I can't tell you how many times people have explained how they don't want to have support push them into a higher tax bracket, misunderstanding that our progressive income tax scheme only applies a tax bracket to the income in that bracket and doesn't change the lower brackets when you go over a certain income.  So financial incentives are only useful if they are understood and other motivations don't outweigh them.

Keeping this in mind, another way to create incentives is to create timelines by which the recipient is required to be more self-sufficient.  They could agree that additional income to recipient (up to a point) doesn't affect the formula at all for the first x number of years, giving the recipient time to find additional income sources, training, etc.  After that time, the formula could automatically reduce, or be reevaluated, or the burden of proof could be shifted by agreeing to an attribution of income to recipient at that later time, which can be rebutted by evidence to the contrary at that time.

These are just some of our ideas, please comment below if you have other ideas.