What is a "Reasonable Period of Time" for Alimony to Continue, when the Law Changes? 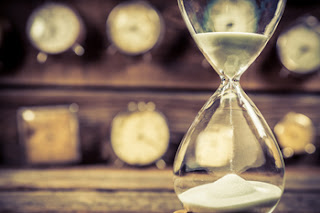 Alimony cases come with their complications, and the Alimony Reform Act raised may questions for people who already had alimony orders prior to 2012. As with any other element of domestic law, it truly runs on a case by case basis. To give you an idea, we will dive into two alimony cases that resulted in significant decisions for the parties involved.

But before you head in full force, why don’t we take a moment to go over The Alimony Reform Act of 2011; it’s important to the story trust me. Though the act did not alter the definition of alimony, it did make adjustments to specific aspects such as the durational limits. In the act, it was decided that if a marriage lasted less than 20 years, there may be an option to terminate payments at a certain point.

Now, let’s give some background on the couples shall we? Our first case, featuring Joanne M. Popp and Robert L. Popp, centers around a change in alimony payment due to cut wages. A huge factor in this case is the duration of their second marriage to one another. You heard it right, they were married and divorced twice from one another. Our second case, is about the Arsdales. William Van Arsdale and Susan Van Arsdale were married for less than 20 years. During that time, they had two children. So here, the potential for child support comes into the picture as well.

We will start with Joanne M. Popp and Robert L. Popp, our twice married couple. Joanne and Robert married in 1988 and divorced in 1994. They rekindled their marriage in 1996 and later divorced in 2011. Robert was ordered by the judge to pay Joanne alimony of $12,000 a month.  In 2014, Robert reopened the case and requested that the alimony be modified, as his income had significantly dropped. He was awarded this claim and the judge, using the Alimony Reform Act as reference, determined that his alimony obligation would cease in 2020.

Robert was satisfied in the decision but Joanne claimed the judge had abused her discretion and did not consider all the necessary factors when using the act’s durational limits. Joanne believed that the judge failed to take into account her “ability to maintain marital lifestyle and lost economic opportunity as a result of the marriage”.  The SJC disagreed with Joanne, upholding the trial judge's decision based on the factors listed in the judgment.

Joanne also argued that the retroactive application of the durational limits was unconstitutional, but the SJC had already addressed the constitutionality issue in the Arsdale case. So we will leave Joanne Popp and Robert Popp for a moment, shifting over to the Arsdales.

Originally, William was set to pay Susan $3, 333.33 a month until Susan either got remarried or died. In 2005, William came back to court and submitted a complaint of modification to his alimony payments. It was later agreed upon that he would stop paying child support and rather increase his alimony to $7,571.26 a month.

Ten years later, William came back for more, filing a complaint for an additional modification to his agreement. This time he wanted a termination under the durational limits outlined in the Alimony Reform Act of 2011. This occurred in the wake of his retiring.  Susan filed a counterclaim stating that William was obligated to pay her alimony and continue to pay her life insurance.

The judge sided with William, stating that Susan did not show enough evidence that justified going against the limits outlined in the act. The judge also stated that Susan should not have expected infinite payments of alimony.

Susan appealed stating the applied durational limits were “unconstitutionally retroactive”. The establishment of the act came after the divorce date and the agreement of separation. Susan proposed that the application of the act in this circumstance is unjustified.

To answer the first question, the SJC applied the "new legal consequences" test as articulated by the United States Supreme Court in Landgraf.  The SJC though it was important that Susan had an opportunity to show that the durational limits should not apply to her, and only created a presumption.  The SJC indicated that applying a presumption does not attach new legal consequence to the prior events and therefore does not violate due process.  "Thus, the act compels no new legal consequences to the bargains struck by parties in merged alimony agreements entered into prior to the act's effective date."

Both couples dealt with the Alimony Reform Act and both cases were affected by the new duration limits that stripped the obligation for alimony after a period of time. Though the definition of alimony still requires that the party with an ability to pay may be required to support the spouse with a need, these durational limits directly enforce the language added to the alimony definition by the Alimony Reform Act: "for a reasonable period of time."