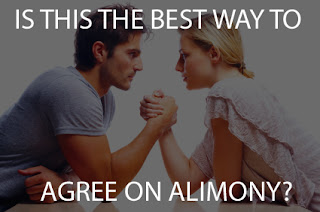 In most families, when spouses decide that getting a divorce may be the best road forward for their family, one of the first questions that almost universally causes concern is what lifestyle will my family live after the divorce. Will there be enough money to support two households and keep us comfortable and even relatively close to the lifestyle we live now?

In Massachusetts, the two basic statutory means for one spouse to provide support for the other’s household after a divorce are child support and alimony. There is a third option that essentially combines the two into unallocated support, which you can read more about by clicking here.

If there are children involved, discussions with professionals will usually start with child support which is based on guidelines that dictate a specific formula be applied resulting in a presumptive amount of support. During such a discussion, you will learn that in order to deviate from that presumptive amount, the judge will need to make specific findings, even if you agree. In other words, the guidelines provide a good baseline to begin discussing support in situations where there are children in need of support. You would also learn that anytime circumstances change, child support can change to address the new circumstances so that both households are impacted by fluctuations in either spouse’s income or in changes to some child related costs.

Alimony changes with new circumstances, with some exceptions:

Naturally then, if the conversation turns to alimony, you may expect to hear us talk about the formula in the statute and how families will share the impact of changes if alimony is ordered. Unfortunately, although the ability for a judge to order alimony is statutory, a formula for alimony does not exist. Instead, in order for the court to order alimony, first one spouse must show that there is a need to receive support and that the other spouse has the ability to pay support. Once you have established need and ability to pay, the next question is how much support should be ordered. The statute says that the order should be capped at need or 30%-35% of the difference in the spouses’ income.

At this point, you may be thinking to yourself, well that’s fine, so once I know the percentage of alimony, I can expect it to adjust according to our respective incomes like child support. After all, if you have been part of a long-term marriage you may have grown accustomed to adjusting your lifestyle to your families increasing (or decreasing) income over time, you may also be waiting for us to tell you that alimony will fluctuate with future changes in income impacting both households similarly. Unfortunately, the Supreme Judicial Court recently said, not so fast.

In Young v. Young, the Court clarified that an alimony order should always be considered in terms of the parties’ marital lifestyle. The Court explained that this means that a judge cannot simply order a percentage of the difference in income as an alimony order and must determine the dollar amount that is required to keep the lower earning spouse living the lifestyle that exists at the time of the divorce, if possible. Any future gains in income by the other spouse are for that spouse to enjoy since they are occurring after the parties are no long married.

The decision went on to explain that specific dollar amount awards are preferred from the Court’s perspective because self-adjusting awards are more difficult to enforce and they encourage manipulation of the alimony payor’s income to lower alimony payments.  The Court did mention a few specific situations where a self-adjusting order may be appropriate such as where there are large annual fluctuations in income compromising the payor’s ability to pay but where an upward income adjustment and corresponding increase in alimony would not leave the recipient better off than at the end of the marriage, or where the goal of the self-adjustment clause is to keep the recipient spouse in the same lifestyle that existed at the end of the marriage through cost-of-living provisions to adjust for inflation or exchange rate fluctuations when one spouse is living abroad.

The Court also distinguished a self-adjusting durational alimony order from an order of reimbursement alimony which may be ordered where one spouse is on the cusp of a change in lifestyle as the result of education and the other spouse supported the family during the period the soon-to-be higher income earner was completing the education program. These exceptions highlight that for the Court, the important factor is tailoring the order to the marital lifestyle as well as ensuring the award does not exceed the payor’s ability to pay. The Court also noted that the Young decision does not change a judge’s ability to order an unequal property division as a means of accounting for the fact that one spouse has a greater ability to earn income in the future than the other spouse.

The question remaining is where does that leave folks who are ending their marriage but still think of themselves as a family and believe that both family households should benefit from any increase in income the family experiences. After this ruling, is there a way for parties to enter an alimony award that considers future changes in income? It seems clear that litigation is unlikely to result in that sort of order absent a unique set of circumstance that allow the judge to make a specific finding of a need for a self-adjusting order.

The Benefits of Dispute Resolution and Agreements:

Like other decisions of the Court discussing self-adjustment clauses, this decision does not prevent the parties from agreeing to a percentage as an alimony award. By using an alternative dispute resolution process such as mediation or Collaborative Law, spouses could agree that they will adjust the alimony award to a certain percentage of the difference in income over time writing in an explanation of why they believe that order is fair and equitable. In other words, instead of asking a judge to make specific findings and hoping that a judge views those circumstances as worthy of a percentage order, the spouses could provide language in a Separation Agreement taking away the need for the judge to make specific findings.  By taking the decision making out of a judge’s hands, the spouses may be able to create a plan for supporting two households that feels fair to both of them without having to predict the future or use property division to attempt to create similar future lifestyles for the spouses.

While reaching such an out-of-court agreement may initially seem like simply an opportunity for recipient's to receive more than they might through the court process, there are advantages to both sides by entering into dispute resolution.  There may be other issues that the payor wants agreement on, which might not be available from the court.  In addition, both parties can take advantage of the cost and time savings, and the certainty that reaching an agreement provides.  If you find yourself in court wondering about the best way to determine how to deal with future changes in circumstances, the best answer is to craft a better and more comprehensive agreement now.  Consider whether an out-of-court dispute resolution professional can help.