This Is Your Court Day: Nov 8 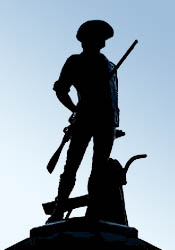 For many people the judicial system is the most mysterious of the three branches of our government.  Especially in states like Massachusetts where judges are appointed instead of elected, the legislature and the executive branch dominate the news.  In addition, most people want to avoid the courthouse.  The court is where people are sued, get divorced, or go to jail.  But that's not all that happens there.

The judicial system in our republic serves the People, just like the legislators and executors.  The courthouse should also be a place where families are protected and respected, where disputes are resolved, and where victims receive justice.  The court system should not be something we fear and it should not be a mystery.

So we commend the Massachusetts trial courts for their plan to invite the public in on November 8, 2017, for the aptly titled "This is Your Court Day Open House".  The event will be taking place in eight courthouses around the Commonwealth of Massachusetts and each courthouse will have different events and tours available to any member of the public who wants to attend.

For more information on the locations, times and activities, click here.