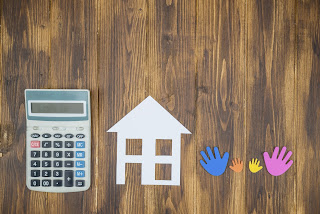 Update: Use our 2017 Guidelines Calculator here.

Every four years the Child Support Guidelines in Massachusetts are updated by a Task Force appointed by the Chief Justice of the Trial Court.  In 2013 the Guidelines were updated and significant changes were made to the formula and to the parenting time language.  The Guidelines have been updated again for 2017, and the new guidelines take effect on September 15, 2017.  These are the primary changes:

Previous Guidelines contained a few footnotes, but for the most part were free of commentary.  The 2017 Guidelines include Principles and Comments to assist parties and the Court in interpreting and applying the Guidelines.

2. Raising the Minimum Amount of Child Support to $25 per week:

The minimum amount of child support since 2002 has been $80 per month ($18.46 per week).  The Task Force recommended raising this amount to $25 per week to reflect updated economic data.  This minimum presumptive order applies up to $115 per week in income.

While $7 per week may not make a huge difference to families (or be worth going to court to modify) it is an important gesture for the Task Force to recognize that these minimums should not stay stagnant and should at least keep up with inflation. 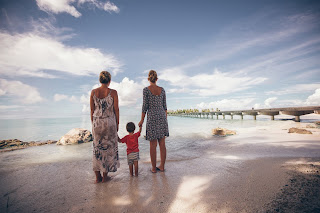 One of the more controversial changes in the 2013 Guidelines involved additional language related to parenting time.   In 2009, the Massachusetts Child Support Guidelines added language acknowledging the increase in shared parenting by specifically defining how the Court should calculate child support differently when parents share parenting time "equally, or approximately equally."  The 2009 Guidelines recognized the sharing of parenting costs in shared parenting arrangements, determining the presumptive support amount "by calculating the child support guidelines twice, first with one parent as the Recipient, and second with the other parent as the Recipient. The difference in the calculations shall be paid to the parent with the lower weekly support amount."

However, the 2009 Guidelines still left questions as to how to handle cases that didn't fit a one-third or equal parenting time.  The 2013 Guidelines made an effort to clarify these two issues, though arguably the result was still quite vague.  The 2013 Task Force added language allowing the court to consider a deviation upwards when the payor had less than 1/3 of the time, and added an averaging calculation for cases where parenting time was in between 33 and 50% of the time.  The average category in particular was highly criticized for increasing litigation over small amounts of parenting time.

The 2017 Task Force, recognizing these issues deleted the in-between category, and clarified the deviation factor by adding a principle to guide Judges in their determinations:


"recognizing that deviations should be used when appropriate to tailor a child support order to the unique circumstances of a particular family."

While the 2017 Task Force has highlighted the importance of the appropriate use of discretion this only increases the uncertainty that parties have when going in front of a Judge, and this remains a strong argument for self-determination and the use of out-of-court settlement options, such as mediation, whenever possible.

The new guidelines formula tries to give appropriate adjustments to the order for the payment of child care and health care costs because of the significant impact these costs can have on a family.  However, they kept in a cap to avoid these expenses overtaking or eliminating the support order.  This means that whoever pays for child care or health care costs will not get a dollar-for-dollar credit and how parents split these expenses will still have a significant impact on their bottom-line net expenses.

We encourage our clients to run the guidelines multiple ways, trying the expenses in one way or split, in order to see the net difference.  This will still be necessary, though these changes will help to minimize in certain circumstances the extreme differences that could occur under the previous guidelines due to these expenses. 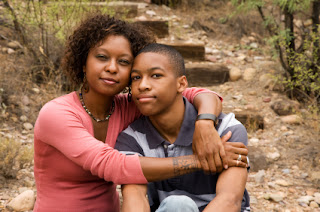 The 2013 guidelines indicated that the formula was not presumptive once a child turned 18, though the statute still allowed for support to be ordered.  This left a lot of room for deviation and in many cases resulted in simply a continuation of support at the same amount.  The 2017 guidelines require a 25% reduction in the amount of support attributable to a child over age 18.  This means that there is a presumptive amount of support owed for children over 18, up until age 23, though the court still has discretion to deviate, and the emancipation factors still apply.

When there are multiple children Table B on the Worksheet indicates how the total percentage is reduced, since only the portion attributable to the adult child should be affected.

This change will certainly lead to numerous modification requests by parents, and we are hopeful that many of them will consider using mediation and filing Joint Petitions for Modification rather than litigating these issues which should be pretty straightforward under the new guidelines.

6. A Cap on the Presumptive College Expense Contribution:

The 2013 guidelines lumped college expenses in with other extra expenses (like private school or extra-curricular activities) which a Judge has discretion to order a parent to contribute to on a case-by-case basis.  The 2017 guidelines have a separate section dealing specifically with these expenses.  While noting that contribution to these expenses is not presumptive, the guidelines provide factors for considering whether the court should order a parent to contribute to college expenses, and provides a cap on that contribution equal to 50% of the undergraduate, in-state resident costs of the University of Massachusetts-Amherst.

The 2017 guidelines clarify that any inconsistency with a guidelines order can result in a new order once a Complaint is in front of the Court.  However, cases where the original order was a deviation won't necessarily change just because of an inconsistency which is inherently obvious, or the order would immediately be modifiable after being agreed to.  The new guidelines add further clarity as to when a deviation order can be modified, or should remain. 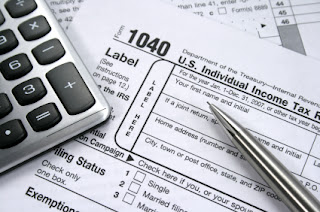 The Task Force reorganized and clarified each of these sections with an emphasis on when income should be counted for the child support calculation on both the payor and recipient side.  While overtime income may be excluded, the emphasis of most of the changes is on including additional income when appropriate, such as non-taxable self-employment income, undocumented income (including reference in the comments to free rent), and clarifying specifically the case law on attributable income due to unemployment or underemployment.

Alimony Interplay: The Task Force encourages the court and parties to consider the tax effect of support when choosing between child support, alimony and unallocated support.  However, they did not make any changes to the guidelines language in this section citing the lack of any case law on this issue since the last update.

Maximum Income: The guidelines only apply up to $250,000 of combined household income and the Task Force made no changes or further recommendations on how to deal with income above $250,000 except to note that it is discretionary.

For more information check out these links: