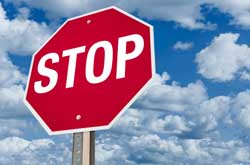 Assumption 3: A Parent with Shared Legal Custody can “Veto” the Major Educational, Medical and/or Religious Decisions of the Other Parent

Many parents believe that shared legal custody provides a kind of "veto power" over major decisions the other parent makes on behalf of a child. Such a maximalist interpretation of the power of legal custody is unsupported by Massachusetts case law and statutory law, however.  The best thing one can say about appellate law defining legal custody is that it is incredibly rare.  Believe it or not, the following passage from O'Connell v. Greenwood, 59 Mass. App. Ct. 147, 150-153 (2003), represents the closest a Massachusetts court has ever come to defining the rights and limitations embodied in “shared legal custody:”

Although the concept of shared legal custody gives both parents a responsibility for a child's religious development, that concept does not provide either with a veto over exposure to disagreeable religious beliefs. On the contrary, neither parent's constitutional right to practice a particular religion and to expose a child to the parent's religious beliefs may be restricted absent a demonstrated and compelling State interest in the restriction. … Such an interest may exist if exposure to a particular religious belief or practice causes the child substantial injury. ….  We address one final issue before concluding. As the father asserts for the first time here, there may be instances where one parent's actions do not violate specific components of an order for shared legal or physical custody and yet, in the aggregate, so fully and completely seek to exclude the other parent from the child's life that they violate the very premise on which the order is based. We do not resolve the issue because it was not raised in the trial court and it was not the theory on which the case was pleaded or tried.

In the twelve years that have elapsed since O'Connell was decided, no Massachusetts appellate court has expanded on this afterthought of a definition for shared legal custody. (I encourage you to search Massachusetts case law for a clearer definition of "legal custody" than the above.  Please let me know if you find it.) In the meantime, what O'Connell tells us is this: in order to show that the one parent "violated" shared legal custody, a parent must present evidence that the other parent's conduct "so fully and completely [sought] to exclude the [first] parent from the child's life that [the second parent's actions] violate the very premise" of shared legal custody.

About the Author: Nicole K. Levy is a Massachusetts divorce lawyer and family law attorney for Stevenson, Lynch & Owens, located in Hingham, Massachusetts.