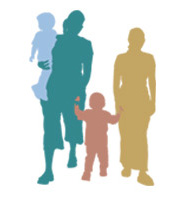 Our last post discussed the de facto parent standards in Massachusetts.  Grandparent visitation rights in Massachusetts are similar in some ways to de facto parent rights but also different.  They are similar in that the "best interest of the child" is supposed to be the highest priority in the court's determination.  However, there are many differences between these two types of parenting rights:

While de facto parenting rights are created by the equity powers of the court, there is a grandparent visitation statute in Massachusetts (MGL c.119, s.39D).  The statute applies specifically to children living in a separated parent household, which distinction was found to be constitutional by the Massachusetts Supreme Judicial Court in Blixt v. Blixt.   In addition, the statute requires a "written finding that such visitation rights would be in the best interest of the said minor child" and the statute discusses visitation only, not custody.

Blixt and other cases have severely limited the scope of the statute by requiring verified specific allegations by a grandparent regarding the significant harm that a child will experience if they're not granted visitation.  The legal parent's decision is otherwise given "presumptive validity."

It certainly seems counter-intuitive that a person who has "no biological relation to the child" could have greater rights than a grandparent even if all of the other factors were similar.  It's hard to know how that issue would be resolved if someone decided to put that issue before a judge and/or an appellate panel.  Instead of taking that chance, though, many families resolve these types of disputes through other methods of resolution such as mediation.  Mediation can be very effective at helping repair relationships and with grandparent visitation disputes there are numerous family relationships at risk, all worth exploring in a non-adversarial setting.  For more information about mediation click here.

Next Post: Guardianship - Who is a Legal Parent? Part 10