SJC Case Summary: Sperm Donor is not a Legal Parent entitled to Notice of Adoption 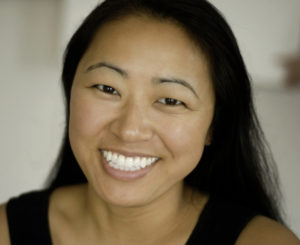 Guest Post by Beth Aarons, a Mediator and Collaboratively trained attorney who is of counsel to Skylark Law & Mediation, PC and who also has her own practice in Newtonville.  Beth is available for consultation on adoptions, like the one discussed below:

In a recent slip opinion Adoption of a Minor, SJC-11797, the Massachusetts Supreme Judicial Court (SJC) determined that a known sperm donor of a child born to a married same-sex couple is not a legal parent of the child who would be entitled to notice of the child’s adoption.

J.S. and V.K., two women legally married to each other, conceived a child through artificial insemination with a known sperm donor.  The child’s birth certificate names J.S. and V.K. as the legal parents and to protect their rights they sought to jointly adopt their son to ensure equal recognition of their parentage outside of Massachusetts.  The Probate and Family Court declined to allow the adoption to proceed absent legal notice to the sperm donor, whose identity was known to the petitioners.

The SJC notes in its discussion that the notice requirements for an adoption are statutory, and the plain language of the statute, G.L. c. 210, §2, 4 provides that notice must be given only to those whose consent  must be obtained, which includes that of “the child to be adopted, if above the age of twelve; of the child’s spouse, if any; of the lawful parents, who may be previous adoptive parents, or surviving parent; or of the mother only if the child was born out of wedlock and not previously adopted.”  In this particular case, the only statutory category the sperm donor could possibly fall into is that of a “lawful parent,” and the lower Court had already found that J.S. and V.K. were the child’s lawful parents.

Other parts of the SJC’s analysis included confirmation that the mere fact of donation of genetic material towards another individual’s conception of a child does not in and of itself create parental rights and responsibilities in the donor.  The donor would need to take additional proactive measures to have himself or herself adjudicated the legal parent of the resulting child to establish legal parentage, as well as show a substantial parent-child relationship and intent to become established as a legal parent of the resulting child.

In the absence of the known sperm donor legally establishing any parental rights to the child prior to the time of the adoption petition, the mere fact that he could potentially claim parental rights in the future does not entitle him to notice as a legal parent.  He had clearly donated sperm with the intent of J.S. and V.K. becoming the legal parents of any resulting child.

As long as other states continue refusing to recognize the parent-child relationship of same-sex couples and their children, same-sex couples will continue to have to adopt their own children to ensure their parental rights are recognized in other jurisdictions.  This case helps clarify the notice requirements and alleviates some of the administrative burden for the adoption proceedings by not requiring same-sex married couples in Massachusetts to notify the known sperm donor.

This case demonstrates just one way in which defining legal parentage can be complicated.  Look for our upcoming blog series expanding on the many ways that legal parentage can be defined, including a guest post from Joyce Kauffman and Patience Crozier exploring Co-parent Adoption and the impact of the Adoption of a Minor case discussed above.