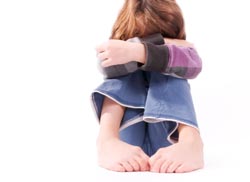 The Massachusetts Appeals Court published a decision today in a particularly saddening and difficult divorce case in which the lower court awarded custody to a father despite a finding that the father had been physically abusive to the mother.  The job of a trial Judge is not an enviable one and I don't intend to second-guess the decision which included weighing the testimony of two experts and was very fact specific.

In reading the full decision it is obvious the court was forced to choose between two extremely undesirable results. The trial court relied on the children's problems with their mother and abuse between them and her in awarding primary custody to the father.  The Appeals Court points out that the GAL and children's therapists could not find any evidence that the father brainwashed or alienated the children from the mother.  However, the court acknowledged that the children witnessed abuse by the father against the mother, and pointed out the harm suffered by those who witness domestic violence.

The court's decision and these principles seem incompatible.  Unfortunately though, it is obvious that no matter the decision made by the court it would have been an imperfect one.  It is possible that the children will be in danger of witnessing or being involved in further domestic violence regardless of which parent was awarded custody.  Not only did the court process fail to ensure the protection of these children, the stress and animosity created by the process probably increased the risk.

While it is important that the court exists as a last resort for obtaining protection for victims of domestic violence, this case is the perfect example of how the court only has imperfect solutions to offer families.  It is my hope that rather than continue to litigate after receiving this Appeals decision the family in K.A. v. T.R., and others like them seek the help of experts (divorce coaches, parent reunification experts, mediators, etc.) to help them seek solutions that are better than what the system has offered them.

October is Domestic Violence Awareness Month and it is ironic that on the last day of October this decision is published.  Victims of domestic violence need to be aware of the resources available to them such as the Domestic Violence / Sexual Assault Agencies and Hotlines in Massachusetts.  In addition, Awareness should include knowledge about the options that victims have besides court, options which ultimately might serve their and their children's needs better.  If you doubt that mediation or collaborative law could have done better in this case, I invite you to read the entire decision in K.A. v. T.R. and comment below.