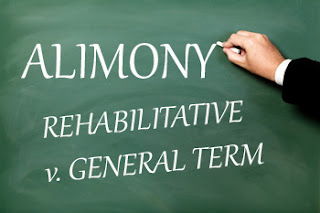 The Massachusetts Supreme Judicial Court has released another opinion that addresses some of the questions still surrounding the Alimony Reform Act of 2011. Zaleski v. Zaleski - SJC 11391 (2014).

In Zaleski, the Appeals Court addressed four primary issues in the lower court's decision:
We've summarized the take-away points from this decision:

Footnote 13 confirms what many practitioners have been saying about the new Act:

"The legislative history clearly shows that the broad discretion judges historically have had in making awards of alimony was not affected by the Alimony Reform Act of 2011, St. 2011, c. 124 (alimony reform act). Indeed, the Legislature appears to have viewed the creation of the four categories of alimony as providing greater discretion to judges." Zaleski (emphasis added).

Essentially by clarifying that there are four types of alimony, the SJC believes that the legislature has given the trial judges great discretion in deciding the best type of alimony to fit the facts of each case.  In this case, that question surrounds the difference between rehabilitative and general term alimony.

2. All of the Relevant Factors from § 53(a) Must be Considered when determining the TYPE OF ALIMONY

In this case, the lower court very extensively identified the factors in § 53(a) thereby limiting the ability of the SJC to disturb the lower court's discretion.

3.  Rehabilitative Alimony vs. General Term Alimony is about the predictable potential for self-sufficiency, and DOES NOT REQUIRE A SPECIFIC EVENT OF SELF-SUFFICIENCY

The primary difference in effect is that Rehabilitative alimony has a default five year limit and in this case general term alimony could have lasted thirteen years.   The Wife, in an effort to extend her alimony award, argued that rehabilitative alimony required a finding that "a specific event in the future" would occur where she would become self-sufficient.  The SJC agreed that the Wife had provided good examples of this type of event: "completion of job training or a medical residency, passing a licensing examination, or graduation from a specific educational program."  However, the SJC disagreed that the trial court was limited to these types of specific events:

"However, we conclude that, in some circumstances, the potential of future reemployment may provide a basis for deciding that rehabilitative, rather than general term, alimony should be awarded." Zaleski.

It seemed relevant to the SJC in their evaluation of the lower court's findings on this issue that the Wife had not shown "reasonable diligence" in searching for new employment.

4.  NEED is a RELATIVE term

The lower court ordered the alimony amount as 35% of the Husband's base salary of $400,000, but failed to clearly identify why the Husband's bonuses were not included (which varied but had resulted in some years with a total income over a million).  The SJC points out that where an award is necessary under general term or rehabilitative alimony, the award "must reflect the parties' marital lifestyle"

"Because 'need' is a relative term for purposes of the act, it must be measured in light of mandatory considerations that include the parties' marital lifestyle."  Zaleski.

This is consistent with a recent Appeals Court 1:28 decision that we previously posted about.

5. OVERSPENDING may negate a marital lifestyle that exceeds the 35% limit

6. BONUSES should be included, UNLESS...

The Act defines income to include all income as defined by the Massachusetts Child Support Guidelines which clearly includes bonuses.  The lower court therefore erred by not including bonuses.  However, the SJC didn't go so far as to say that the lower court order was vacated on this issue.  The SJC left the door open for lower courts to exclude bonuses by how they remanded this issue:


"Because the alimony amount was not calculated on the basis of all of the husband's income, as required by the statute, and because the finding that the wife agreed that the husband need not pay child support was erroneous, we are unable to conclude that the amount of alimony was determined after due consideration of all of the statutory factors." Zaleski.

The SJC is essentially saying that the interplay of child support in this case, specifically "no child support order" and the Husband's paying all of the private school costs, might be a factor in excluding some of his income, for instance his bonuses, from the alimony calculation.  However, they are remanding this issue because the lower court's findings were not consistent enough with this potential reasoning.

The Wife also challenged the property division on what the SJC seemed to think was a little too meticulous of an accounting and also on the significantly unequal debt division ($75,519.04 to Wife and $26,200.71 to Husband).  The SJC pointed out that $57,000 of the Wife's debt was credit card debt incurred by her alone while the Husband was paying the costs of the home and giving her cash.  While presumably the Wife felt that the temporary arrangement was not sufficient, the SJC's unwillingness to second guess this issue highlights the importance of temporary orders.  Whatever the temporary order was, the SJC is not going to look to redo an accounting for the period of separation.