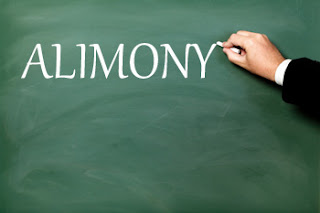 The Alimony Reform Act of 2011 took effect on March 1, 2012 and significantly changed the law in Massachusetts relating to awards of alimony. Today, the Massachusetts Appeals Court released an opinion that addresses some of the questions still surrounding the Act. Hassey v. Hassey, No. 13-P-864 (2014, available for download here).

We've summarized the take-away points from this decision:

1. The Basic Definition of Alimony and its Purpose HAS NOT CHANGED

While there are numerous provisions dealing with the determination of amounts and duration of alimony, the Appeals Court pointed out clearly that the "Act altered neither the fundamental purpose nor the basic definition of alimony: 'the payment of support from a spouse, who has the ability to pay, to a spouse in need of support.' G.L. c. 208, § 48."  Hassey.   Because of the existence of a formula for calculating the maximum general term alimony under the new law, many have argued that the new statute encourages alimony in cases even when the recipient spouse may not have a need, but simply has a lower income. The Appeals Court has clarified that the formula (despite its convenience) is not the first inquiry in a case. The first inquiry remains whether or not there is a need for alimony and an ability to pay.

2. All of the Relevant Factors from § 53(a) Must be Considered

In this case, the lower court failed to include in the findings of fact a finding making it clear that "he considered the ability of each party to maintain the marital lifestyle." Hassey.  This failure opened the door for the Appeals Court to review the amount of the alimony award.

The base alimony of $8,500 per month represented approximately 41% of the difference in incomes.  The Appeals Court vacated this award as not supported by the findings:


"While such an award may nonetheless be reasonable and lawful under § 53(b ) if based on a specific determination of the recipient's need (and assuming a proper consideration of the other spouse's ability to pay), we cannot say that is the case here because the judge made no finding as to the amount of alimony the wife needed in order to maintain the lifestyle she enjoyed during the marriage. See Heins v. Ledis, 422 Mass. 477, 484 (1996) ("An award of alimony is improper absent a finding of financial need on the part of the recipient spouse")." Hassey.

4. Self-Modifying Order is NOT Authorized by the Act.

The lower court in Hassey attempted to provide the Wife with further alimony via a self-modifying alimony provision requiring the Husband to pay 30% of Husband's gross income in excess of $250,000.  The Appeals Court had two problems with the Self-Modifying Order.  First, the self-modifying order "is not based on a judicial determination, supported by subsidiary findings of fact, of an increase in the wife's need accompanied by the husband's ability to provide for the same." Hassey. This determination on a modification would put the burden on the Wife but by creating a self-modifying order the burden is improperly shifted to the Husband.

Second, the Appeals Court found that the self-modifying order is "inequitable because it requires only the husband to disclose quarterly income to the wife."  Hassey.  If the Wife earned income, it would certainly affect her need and the calculation of any formula difference in the future.

5. The Act Defines "Full Retirement Age", which is not the same as "Retirement"

The language of the order terminated the alimony order upon "retirement as defined in the Act Reforming Alimony of 2011, as it may be amended." Hassey.  While the Appeals Court recognized that the lower court meant for "retirement" to mean "full-retirement age" as defined in the act, the exact terminology is important:


"...the Act does not define the term "retirement," and the order could therefore be read to terminate instead upon the husband's actual retirement. Because the order could be read as the husband suggests and because the case must be remanded in any event, we also vacate and remand this portion of the amended judgment to enable the judge to eliminate the ambiguity." Hassey.

6. All of the Relevant Factors from § 34 Must be Considered in Property Division

"Section 34 contains both mandatory and discretionary factors that must be considered... the Act added for consideration 'the amount and duration of alimony, if any.'" Hassey.


"In view of the family's enjoyment of the Chatham property during the marriage-- contributed by the wife to the marital partnership--the exclusion of the wife's interest in the Chatham property cannot be sustained. We think the judge took too narrow a view of "financial reliance" upon an asset, evidently basing his analysis solely on the asset's impact on the family's tax obligations."


Reviewing a property division or alimony award is a two step process:

"Next, we decide whether the rationale underlying the judge's conclusions is apparent and whether these "flow rationally from the findings and rulings." Williams v. Massa,431 Mass. 619, 631 (2000)." Hassey.

Considerable discretion is given, but only if all factors were considered.  As practitioners the obvious lesson here is that very detailed and complete Proposed Findings of Fact could be the key to losing or winning on appeal.