The Fight for Gay Marriage and Gay Divorce 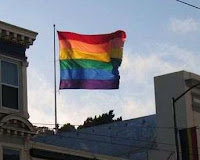 As described in a recent article on CNN Living (Serious legal hurdles for gay divorce), just because gay and lesbians can get married doesn't mean they can get divorced.

Gay and Lesbian couples who marry in one of the few states that allow gay marriage may not be able to get divorced if they move to another state. Currently only Massachusetts, Iowa, Connecticut, New Hampshire, Vermont, and the District of Columbia issue marriage licenses to same-sex couples.

As the CNN article describes, the Texas Attorney General is appealing a ruling by a Texas Judge allowing a lesbian couple (who had been married in Massachusetts) to get a divorce in Texas. An attorney who represents a gay couple awaiting the Texas decision noted "Ironically, if the attorney general [of Texas] is so against gay marriage, why is he trying to hard to keep these two men together?"

Regardless of the ruling in that case, getting divorced in other states isn't the only hurtle facing gay and lesbian couples who want a divorce. DOMA, the Defense of Marriage Act, denies same-sex spouses access to many federal benefits. In a same-sex divorce case, even in Massachusetts, the couple will not be able to accomplish certain typical divorce resolutions in the same way as an opposite sex couple.

For example, a typical division of an asset in a divorce is to transfer a portion of one party's retirement asset to the other. This can be accomplished without tax consequences via a Qualified Domestic Relations Order, but since the IRS does not recognize same-sex marriage, this same transfer would have significant tax consequences in a same-sex divorce. Another example is the tax treatment of alimony. The payment of alimony by the payor to the recipient is taxable to the recipient and tax deductible to the payor. This allows for a shifting of the tax burden, and also usually for a lower tax burden overall because some of the income is shifted to a lower tax bracket. Again because the IRS does not recognize same-sex marriages, same-sex couples who have an alimony order will not receive this tax benefit.

For a further description of how DOMA affects same-sex marriages and the current cases challenging it ( ) check out this article written by our Law Clerk, Jonathan R. Eaton: Defense of Marriage Act: Ability of the Federal Government to Deny Access to Benefits to Spouses in Same-Sex Marriages.